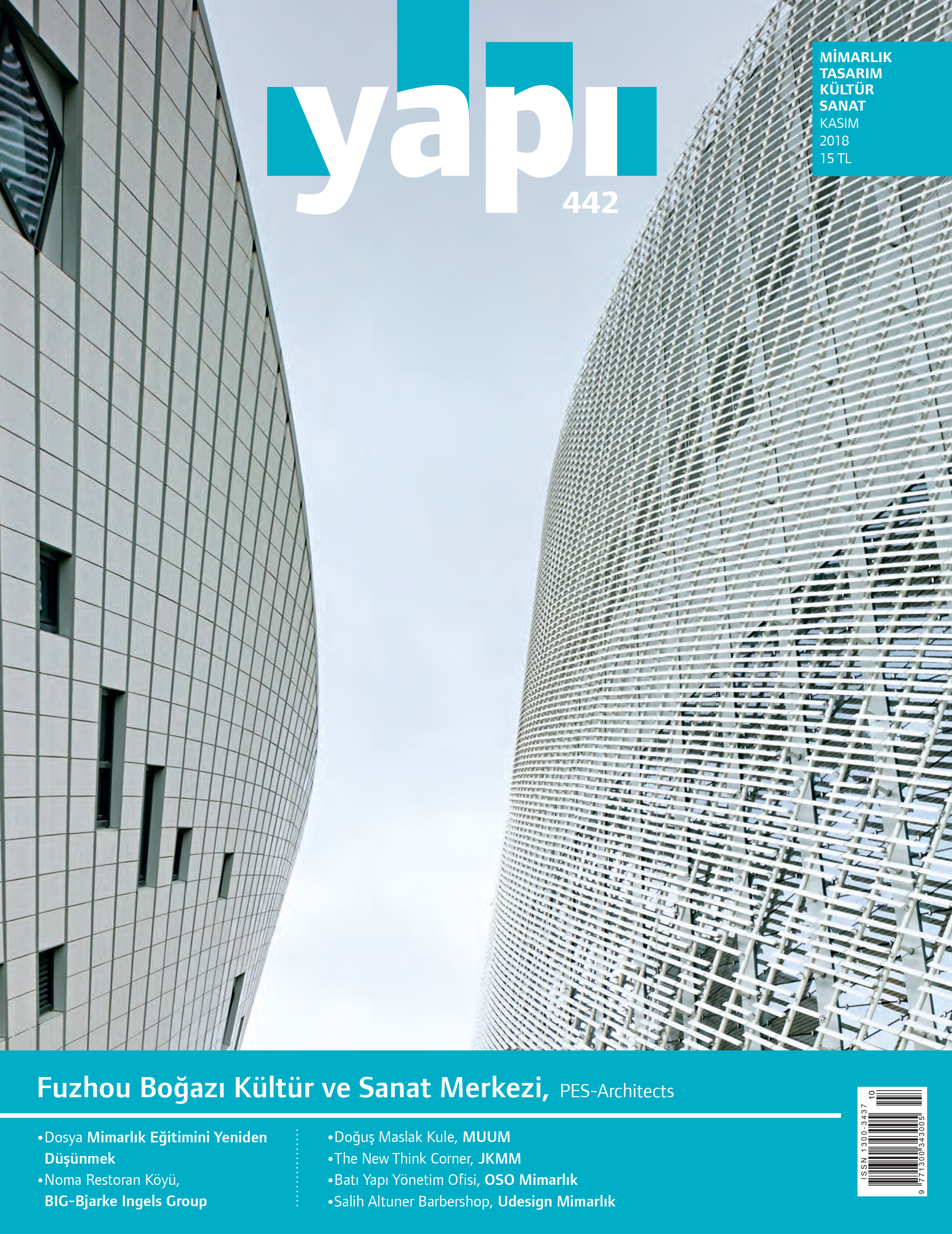 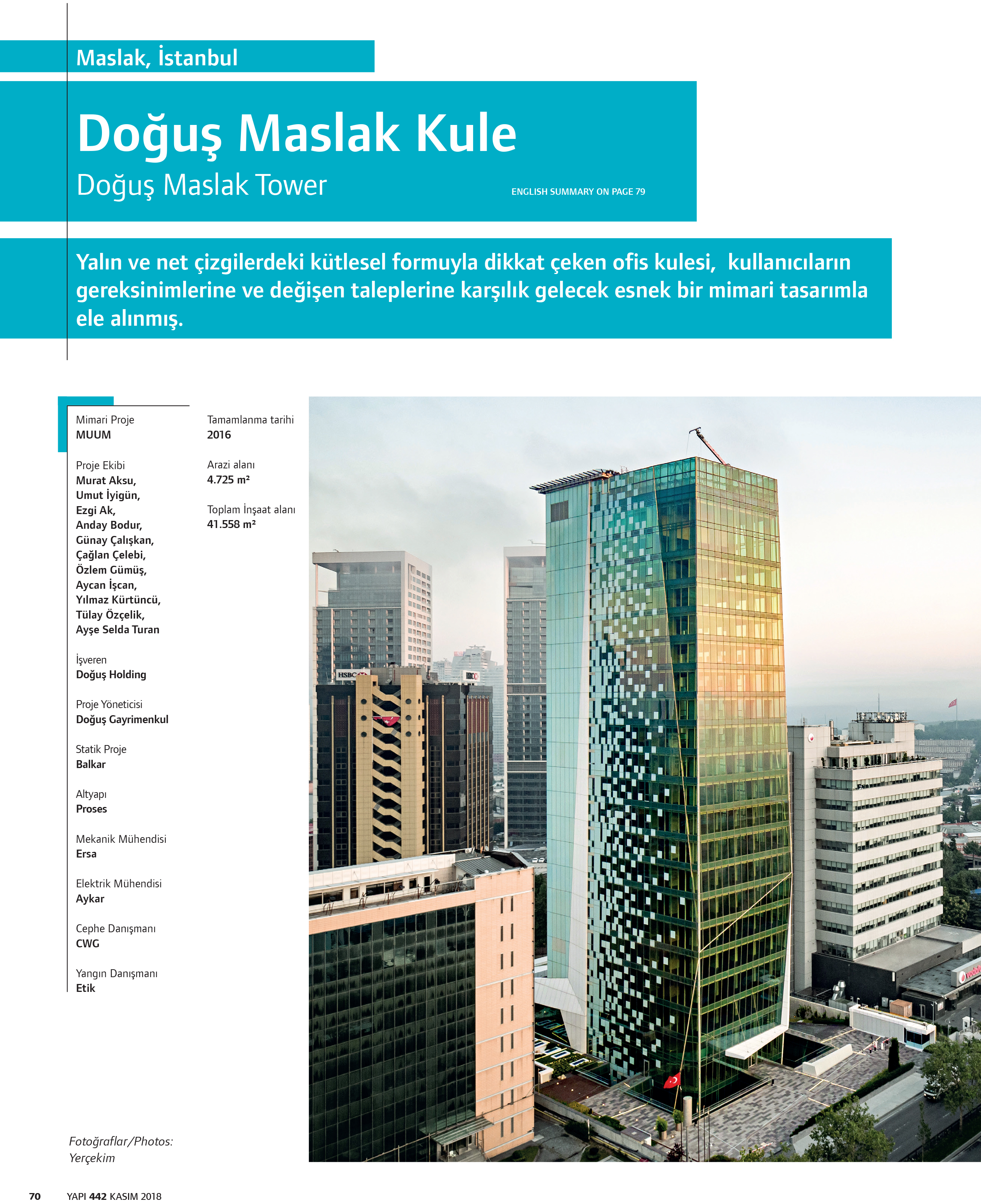 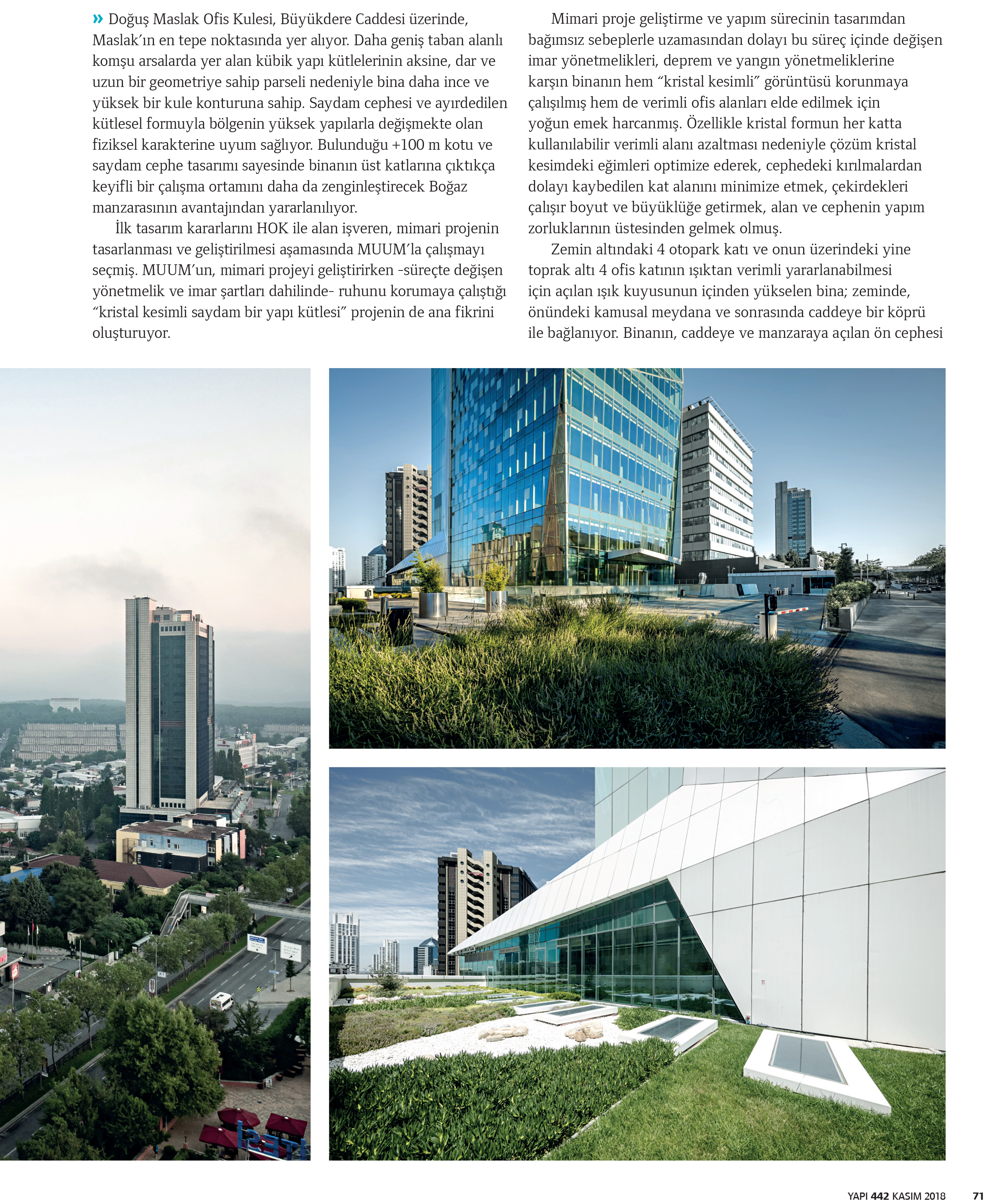 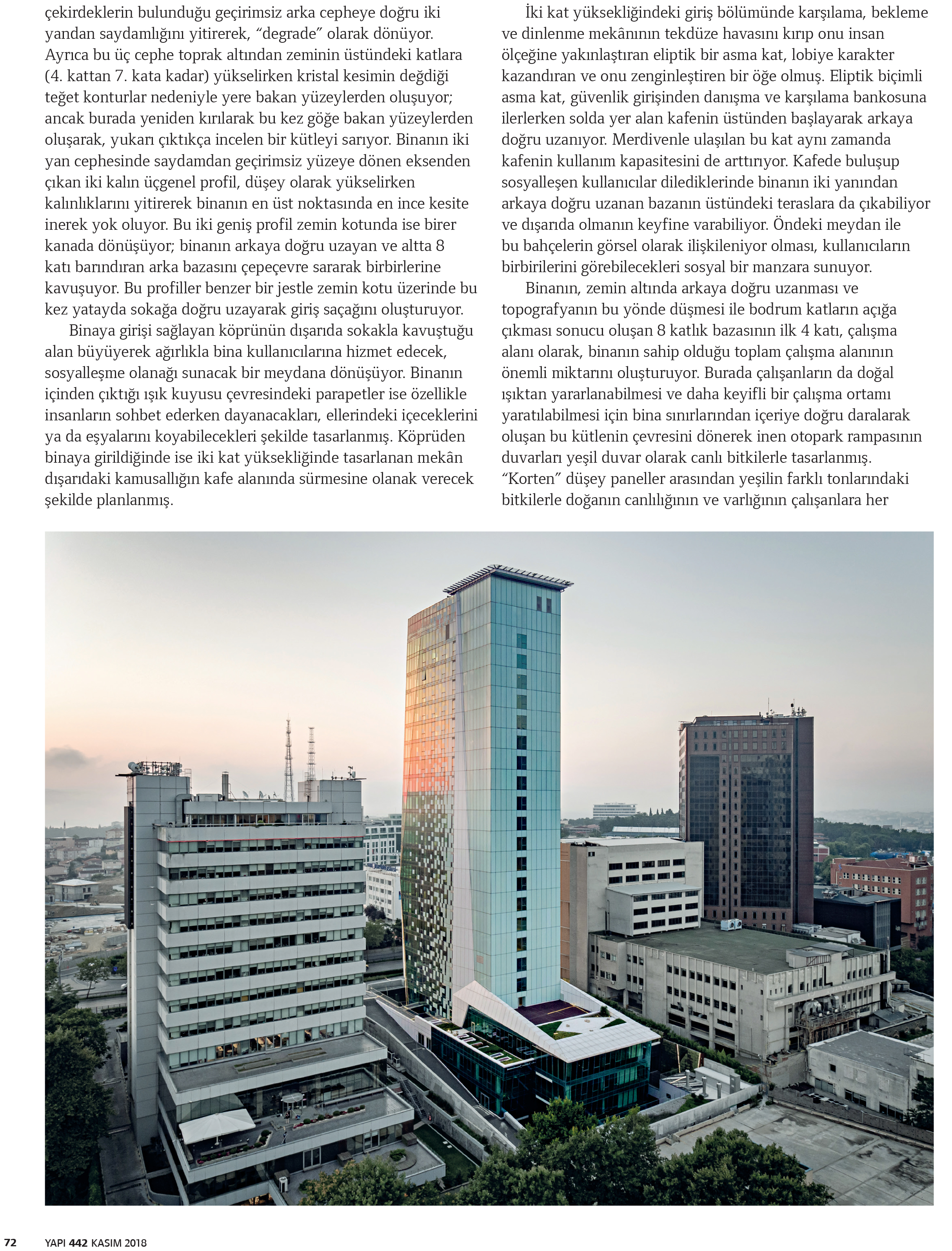 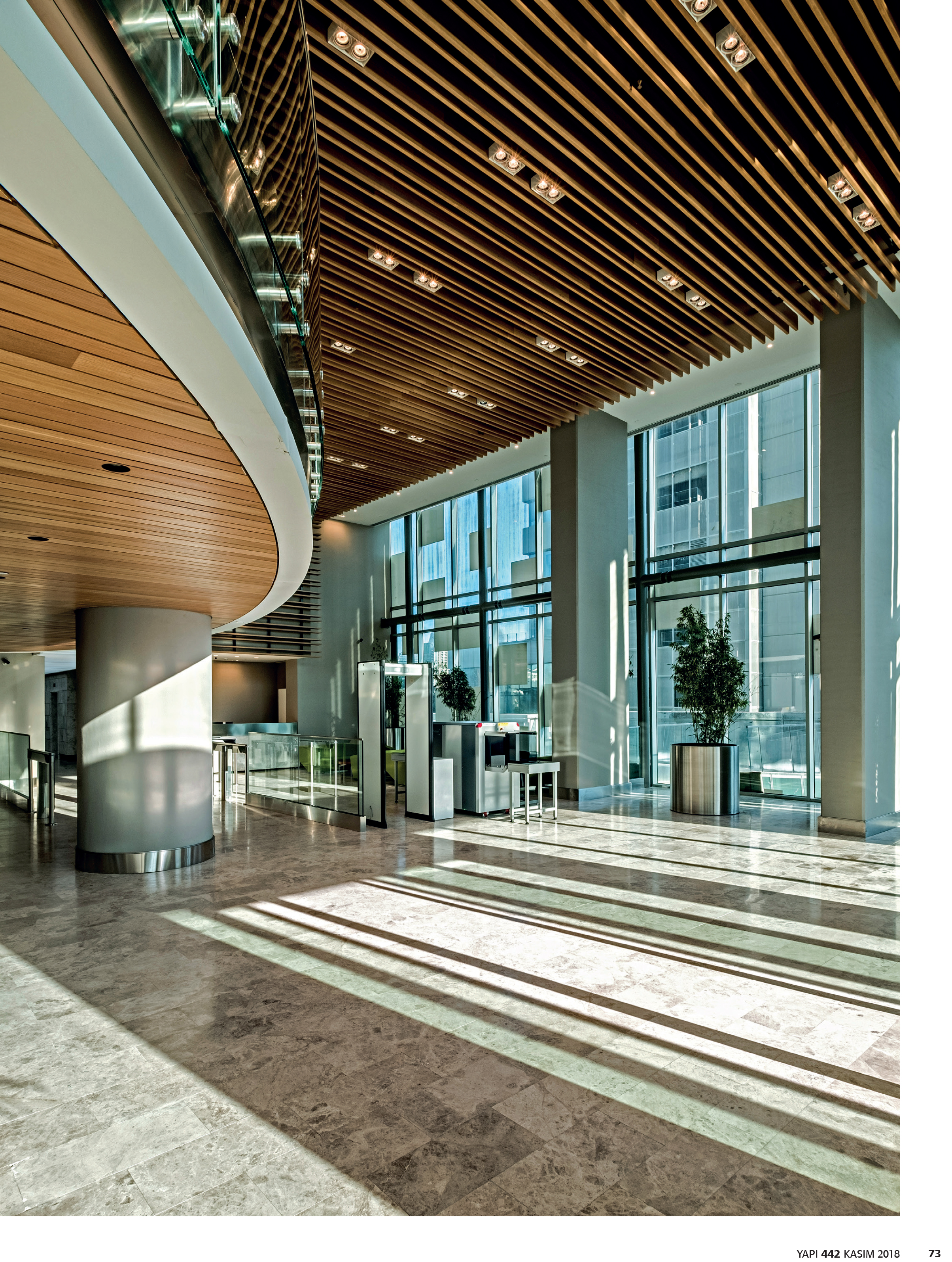 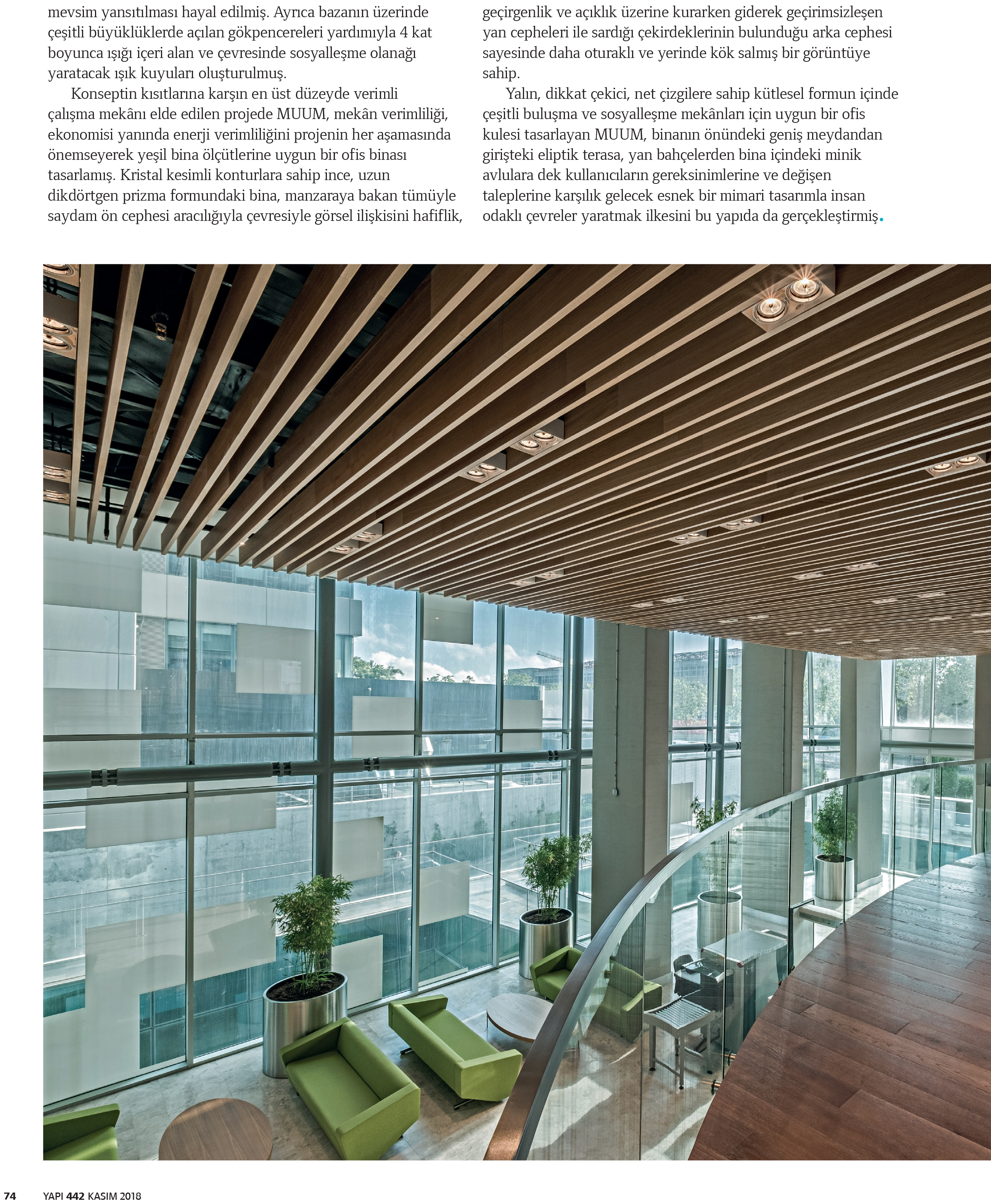 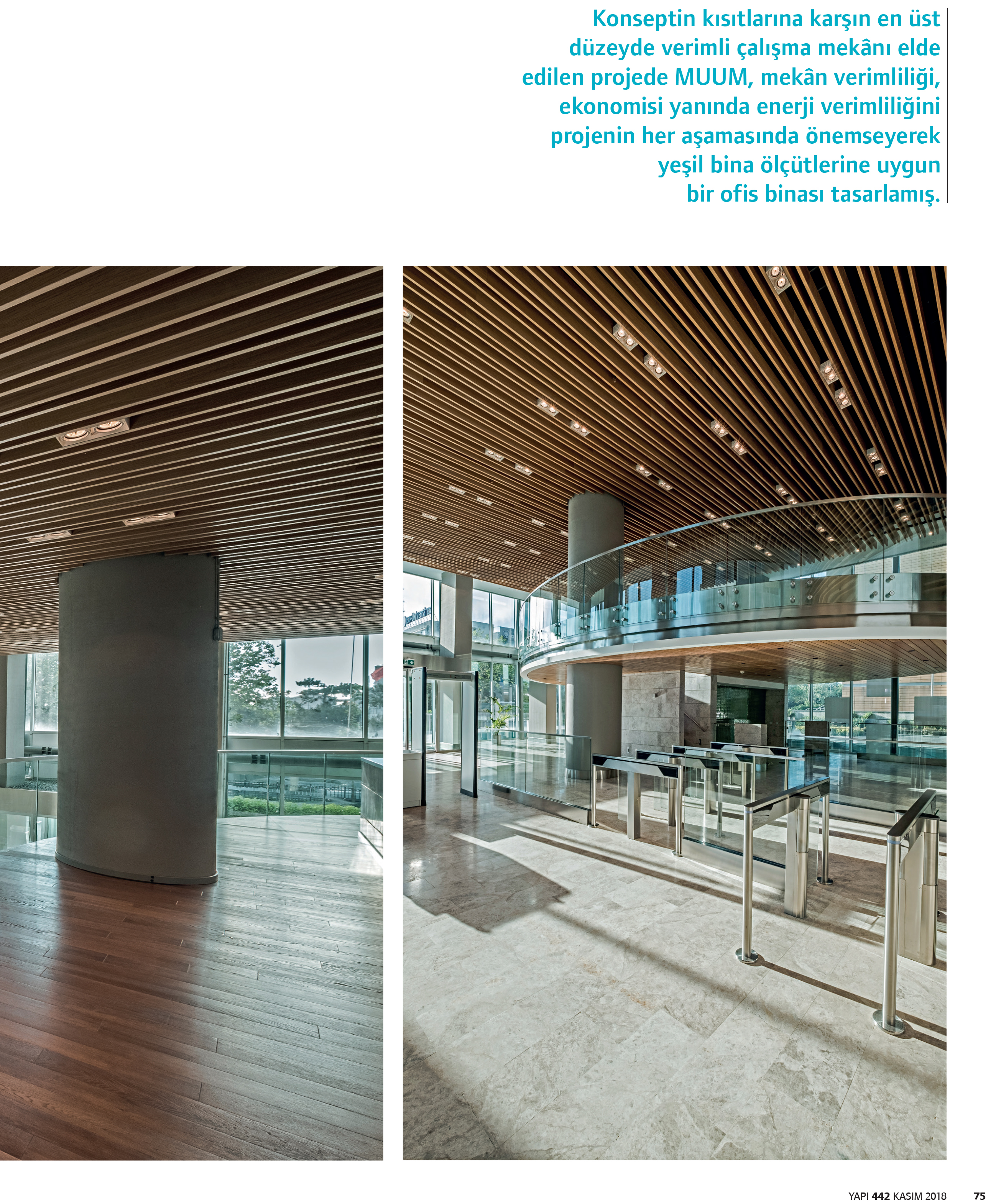 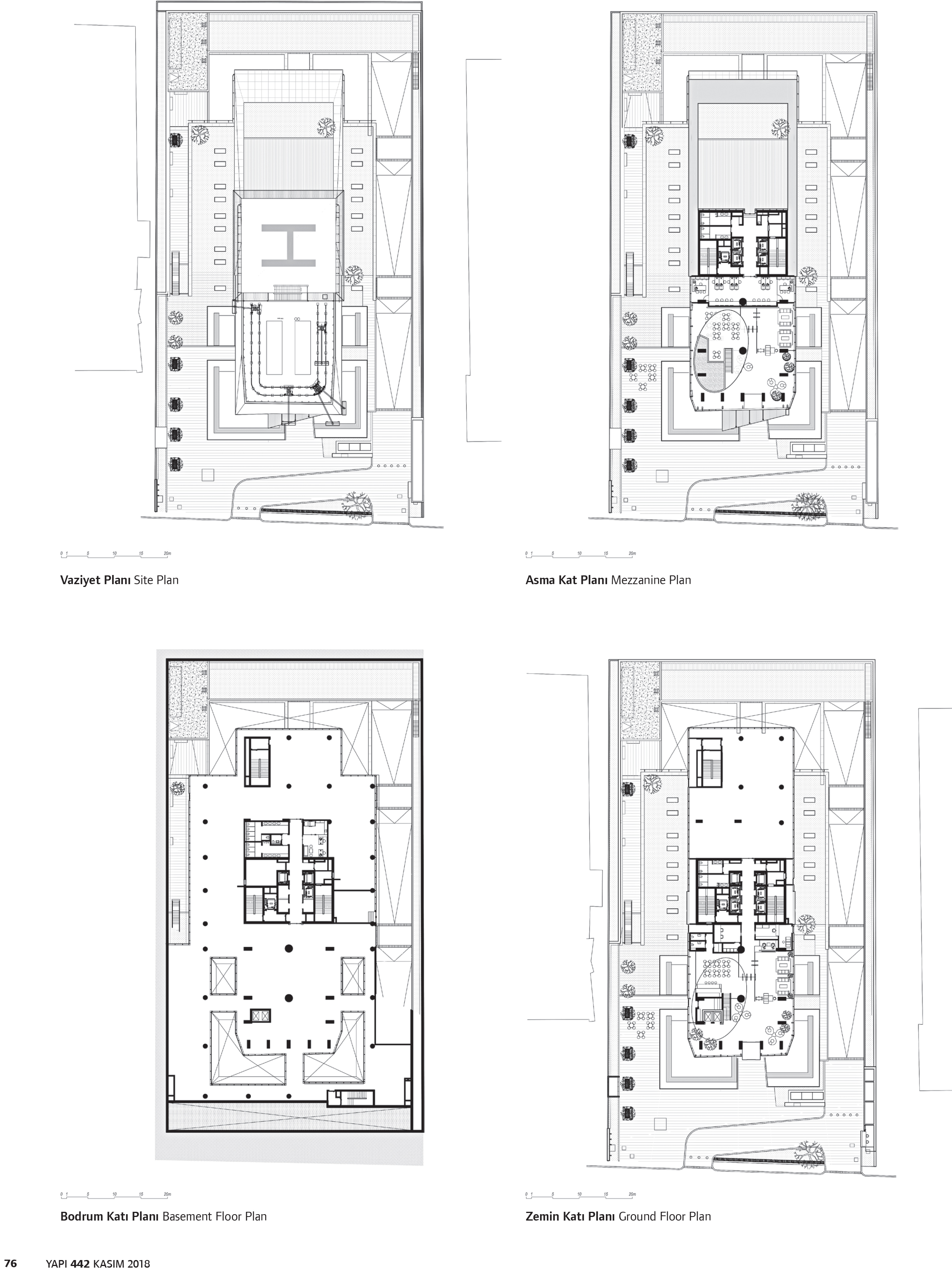 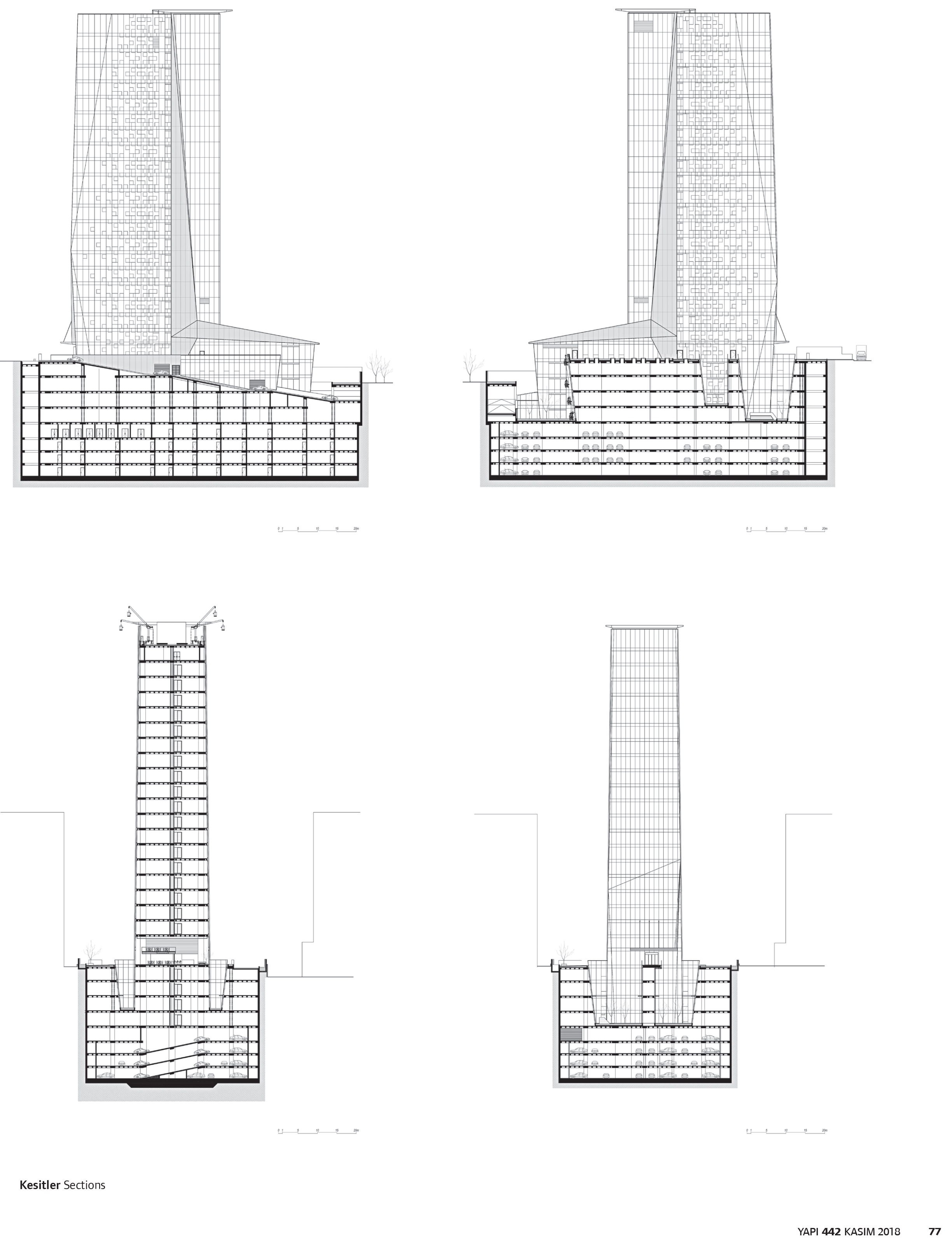 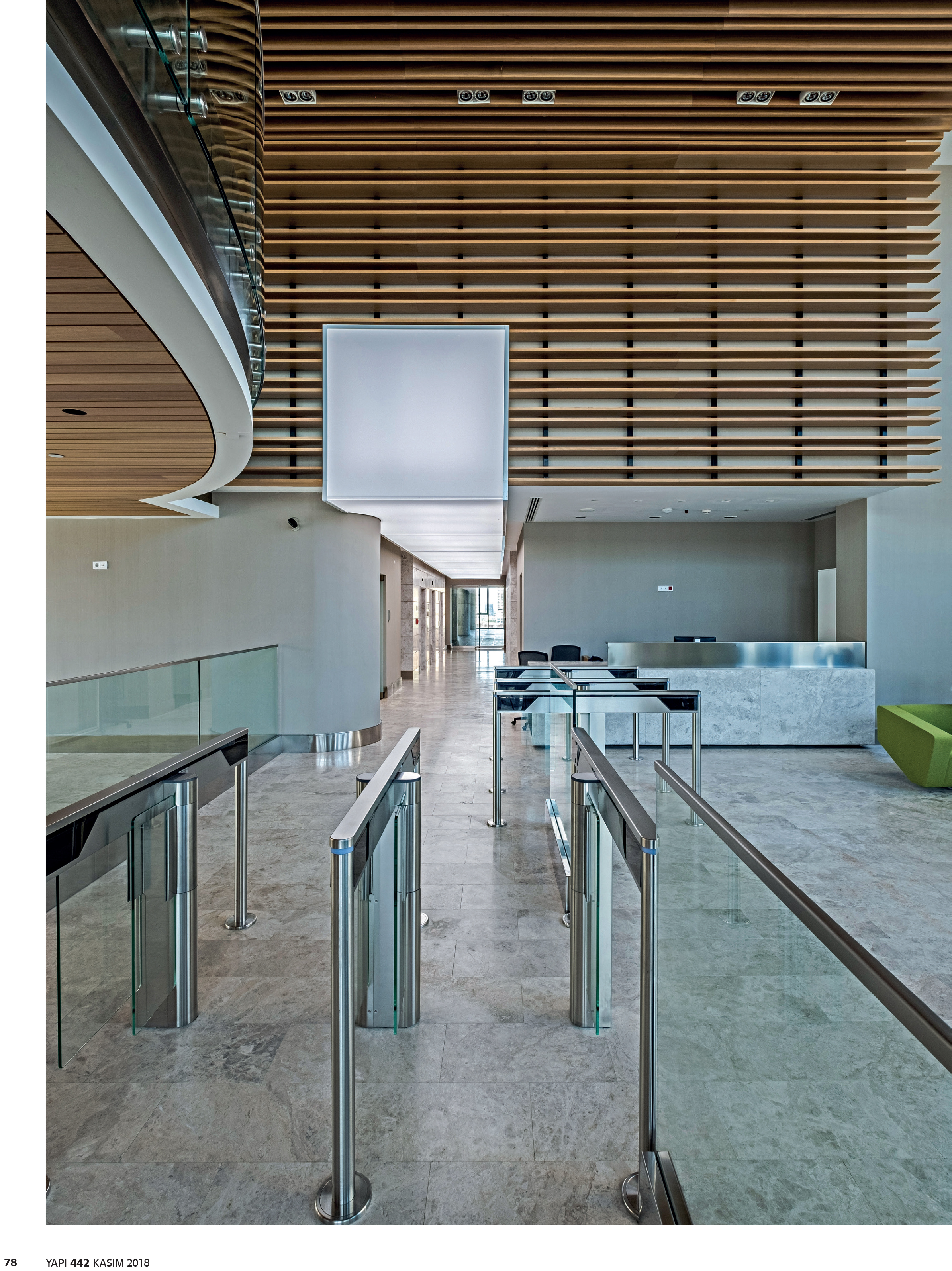 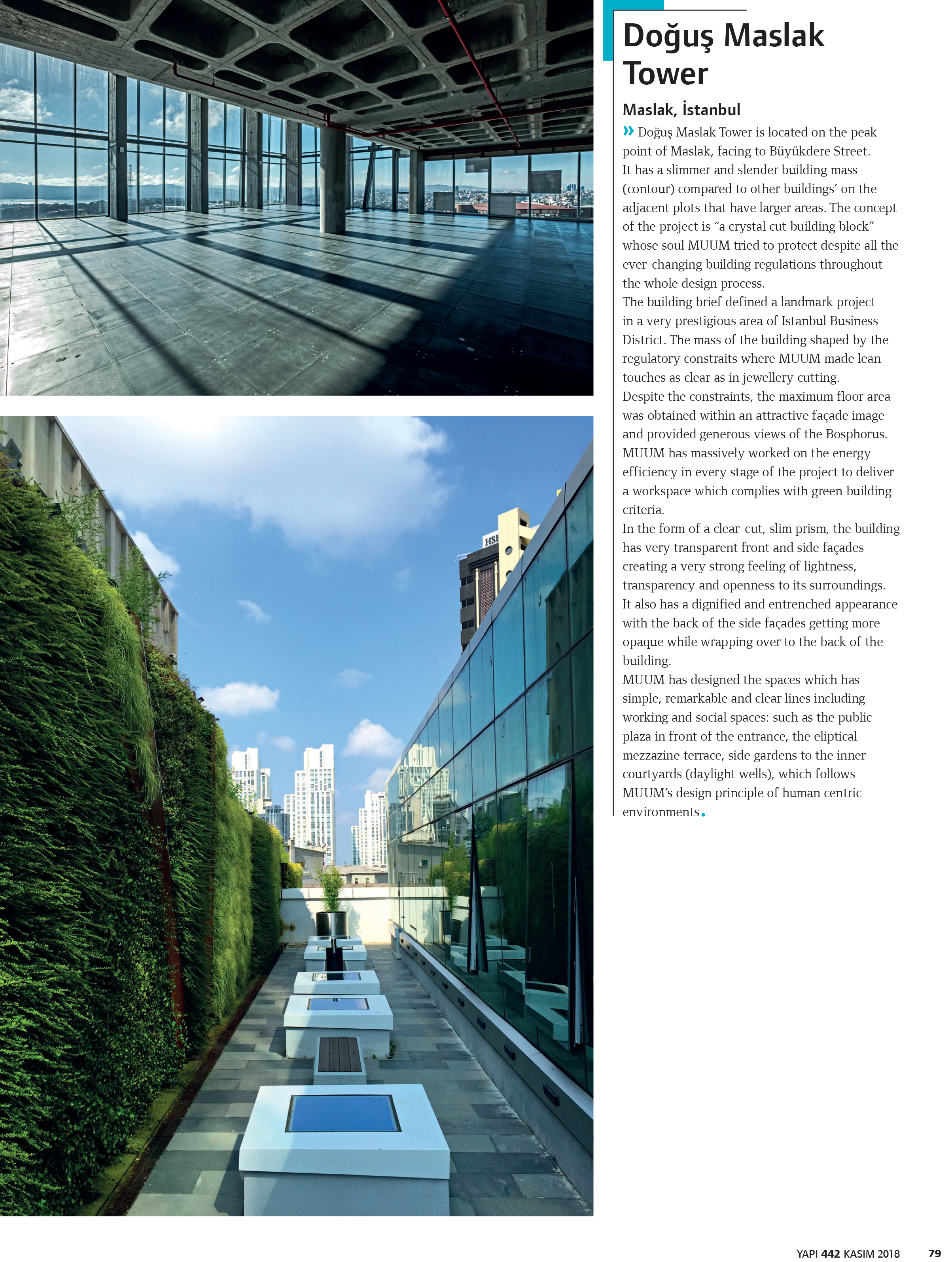 Doğuş Maslak Tower is located on the peak point of Maslak, facing to Büyükdere Street. It has a slimmer and slender building mass (contour) compared to other buildings’ on the adjacent plots that have larger areas. The concept of the project is “a crystal cut building block” whose soul MUUM tried to protect despite all the
ever-changing building regulations throughout the whole design process.The building brief defined a landmark project in a very prestigious area of Istanbul Business District. The mass of the building shaped by the
regulatory constraits where MUUM made lean touches as clear as in jewellery cutting. Despite the constraints, the maximum floor area was obtained within an attractive façade image and provided generous views of the Bosphorus. MUUM has massively worked on the energy efficiency in every stage of the project to deliver
a workspace which complies with green building criteria.

In the form of a clear-cut, slim prism, the building has very transparent front and side façades creating a very strong feeling of lightness, transparency and openness to its surroundings. It also has a dignified and entrenched appearance with the back of the side façades getting more opaque while wrapping over to the back of the
building.

MUUM has designed the spaces which has simple, remarkable and clear lines including working and social spaces: such as the public plaza in front of the entrance, the eliptical mezzazine terrace, side gardens to the inner
courtyards (daylight wells), which follows MUUM’s design principle of human centric environments.