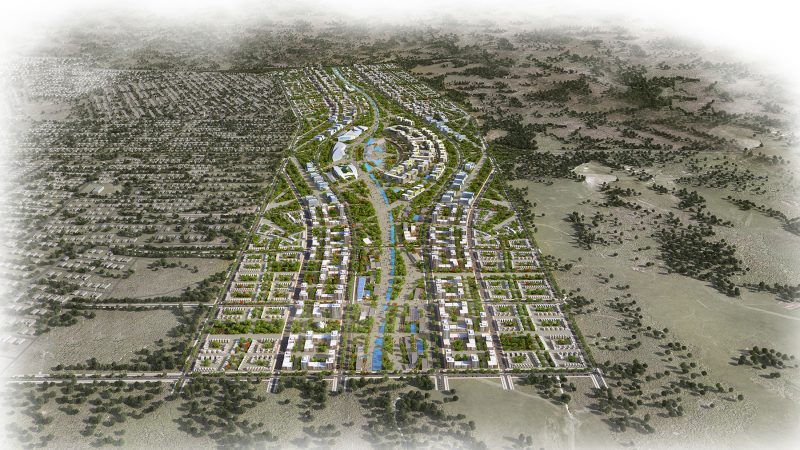 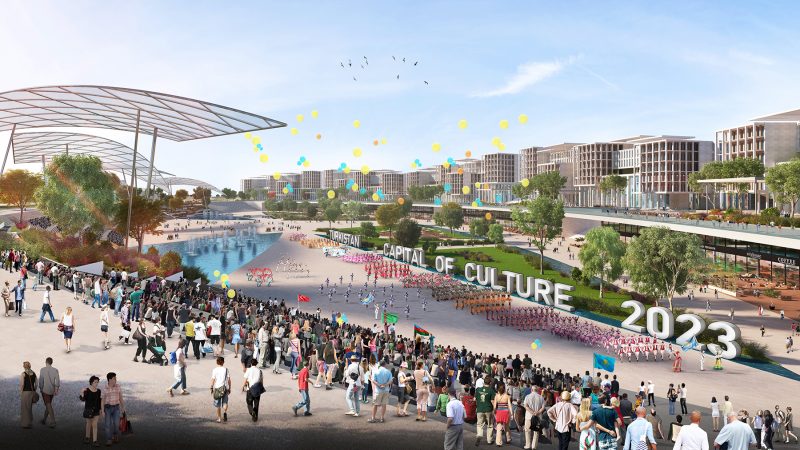 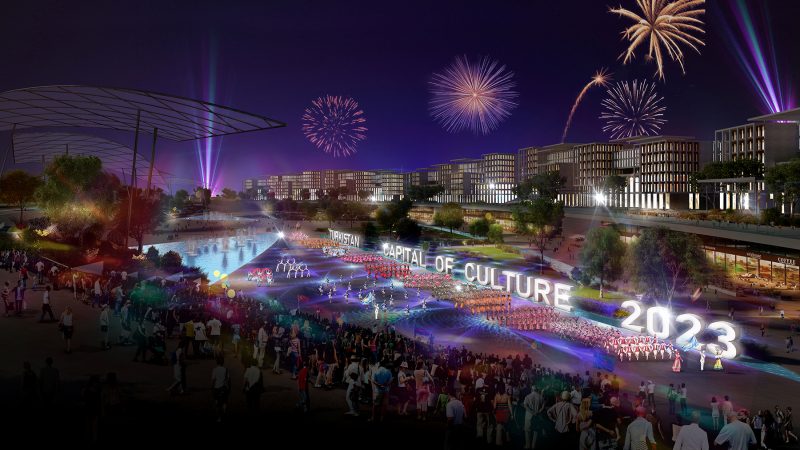 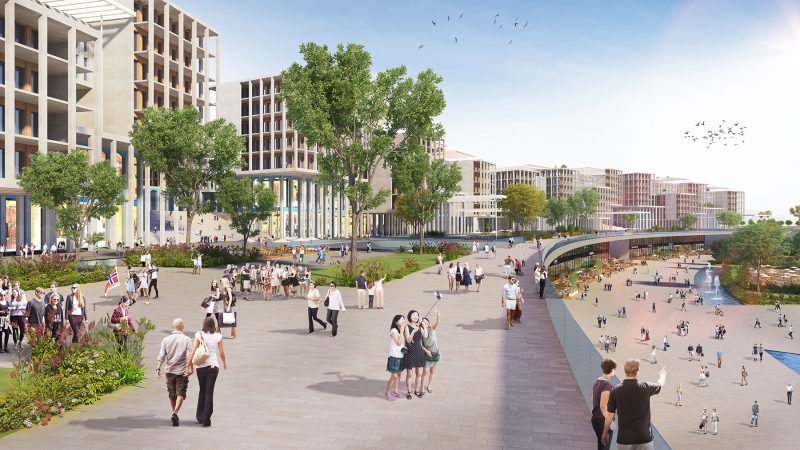 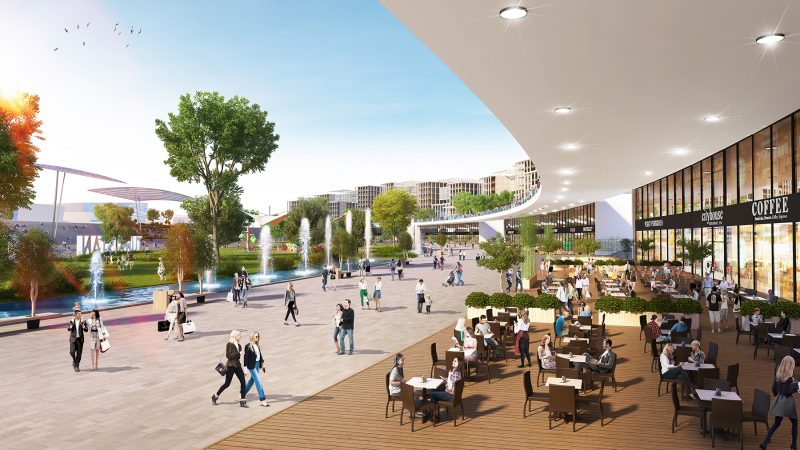 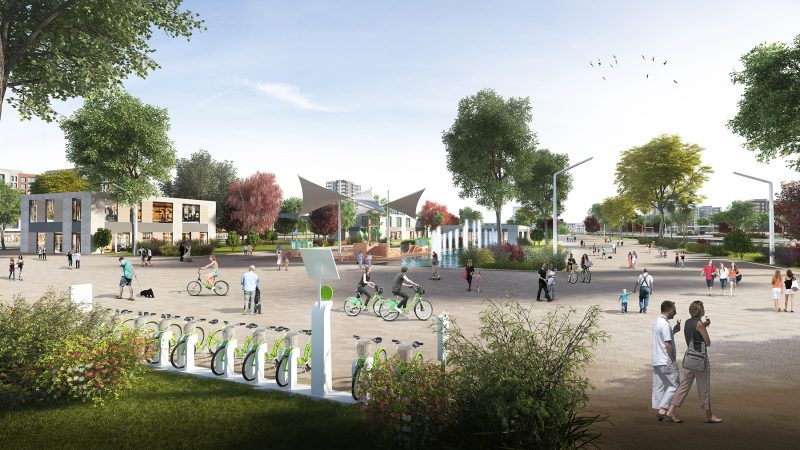 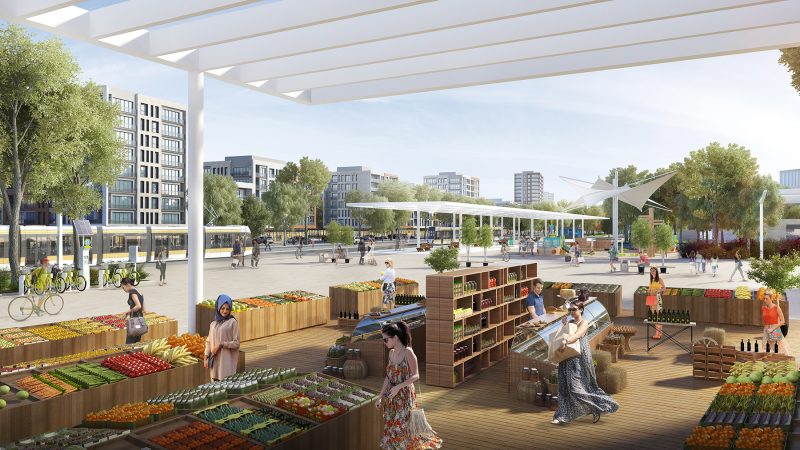 The new masterplan for the expansion of the city of Turkistan is situated in the southern part of Kazakhstan. It has been designed within “a city for all” approach according to the framework of 2025 Strategic Plan of Kazakhstan. The location of the new masterplan lies on the eastern edge of the Turkistan city and is connected directly with the Sattarhanova Boulevard, one of city’s main road axis. The intersection between the Sattarhanova Boulevard and the proposed settlement defines the centre of the masterplan and a new focal point for the entire city. In this new urban centre, a large scale plaza aims to create a dynamic new public space complemented by public facilities, commercial spaces, hotels, a new sports complex and a new administration and business complex for the city of Turkistan. This area has been designed as a sunken plaza surrounding the main ceremonial square which is planned to host “the 2023 Turkistan Capital City of Culture” events. Deriving from this central square a new pedestrian axis is planned from northeast to southwest direction, perpendicular to Sattarhanova Boulevard. Along this public space, new residential areas are proposed, divided into 4 large clusters, offering various housing typologies, social facilities, retail and cultural spaces.